This guide was handcrafted in the US since 1886 by Susan.

Drogoz is an anti tank machine. He has 1k damage per rocket plus a 1300 damage fire spit when running the talent Combustible. Although, there is no chance you will be able to win any 1 on 1s with a tank. Instead of detonating your fire spit with a rocket; you can stick it on a tank and gain bonus damage. This is the best way in my opinion to clear tanks. You will be able to clear most tanks in 3-4 shots, and all damages in 2 shots.

Spit directly above an enemy, then detonate the fire spit with your salvo. This is combo can execute every flanker and most damages when done right. Try to use this combo when you are already flying in the air.

When to use this combo:
-Be sneaky and execute an enemy sniper
-If the enemy healer is dead and two tanks are grouped up on point
- If you see a group of enemies (This situation is the best for the combo to be used)
-Use this against any enemy that isn't a tank that isn't aware of your location but you are.
-Flank around and eliminate choke points
When NOT to use this combo:
-If somebody picks a 1v1 with you PLEASE don't do this it takes 2+ seconds to get ready which is more than enough time for an enemy to burst you down. The amount of drogoz players I've seen do this is way too many.

- NEVER EVER DO THIS WITH COMBUSTIBLE. ON COMBUSTIBLE PLEASE YOUR ABILITIES SEPERATELY. The amount of content creators and players that try to showcase builds with combustible and try to combo it with a salvo isnt ok. The reason you should never do this is because of the knockback combustible applies. This causes you to lose many of your salvo rockets, therefore the enemy will be alive after you do this.


Remember to feather your space bar when trying to fly on Drogoz so you can save booster fuel while also maintaining your current altitude.

With wyrm jets you can camp on roofs....shhhh

My playstyle is using the map and getting over or around choke points and blasting a whole group of people. You have to think about possible choke points that are important to the current team fight. Another thing to think about is what are the places enemies are most likely to be grouped up. You have to be sneaky; you are like a flying assassin that cant be spotted.

Lets take a real in game situation as an example. You are playing TDM and are on the map trade district. Most of them time there are major team fights that are separated between gates. Using your thrust ability and your jets you can go over those gates and launch a spit salvo combo into enemies grouped up. 1/15 times an enemy will notice this and divert their attention from the team fight to you.

Here is my main fusillade build for drogoz. This build is for MY playstyle only, but it can fit yours as well.

Rain Of Fire 4- When trying to flank always use your thrust first in the sequence. This card will gain you some serious height; this is the biggest factor if you want to be a sneaky boi drogoz player.

Haven 1-3 this should normally be your first item buy unless other team has double support. This will also make you 3 shot to snipers.

Cauterize 1-3 If you have got haven 1 or maxed haven get cauterize as second buy. Get this as first buy vs 2 healers.

Morale Boost 3 If you want to have fun at the other tank's expense grab this. You can charge your ult way too fast. This can be used to make life hell for the enemy tank. If you are against me in game please don't use this.

Your last item can vary depending on enemy team's composition.

I don't play many of the other talents other than fusillade, so i wont explain cards for other builds that i list below.

Also please don't play drogoz as a backline that only shoots at tanks AKA most ineffective and uninteresting way of playing Drogoz AKA one of the most fun champions in the game. 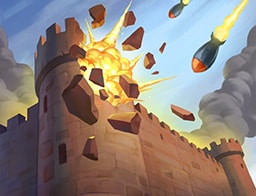 Increase the explosion radius of Salvo by 75%. 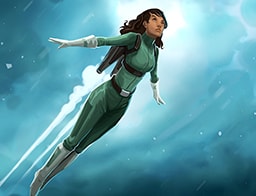 Increase the forward distance of Thrust by 100%. 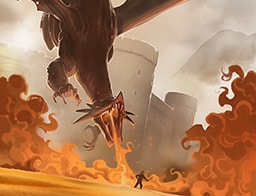 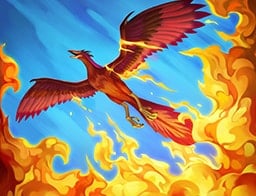 Reduce the Cooldown of Thrust by 100% after dropping to or below 10% Health. 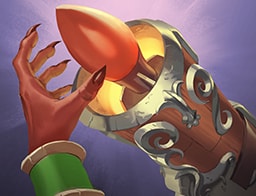 Increase your Reload Speed by 10% for 3s after hitting an enemy with your weapon. 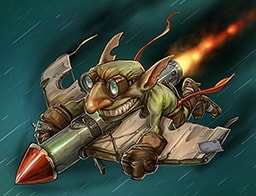 Increase your Booster fuel capacity by 50%.

Increase the forward distance of Thrust by 75%. 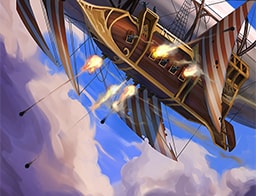 Restore 20% of your maximum Booster fuel after getting a Killing Blow or Elimination. 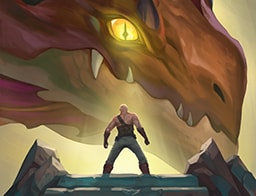 Reduce the Cooldown of Thrust by 1.2s for each enemy hit with Fire Spit. 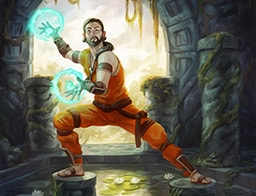 Reduce the Cooldown of Fire Spit by 2.5s for each enemy hit by it.

Reduce the Cooldown of Thrust by 6s for each enemy hit with Fire Spit.

Increase the forward distance of Thrust by 75%.

Increase the explosion radius of Salvo by 15%.

The most annoying things about playing drogoz are pesky hitscans. Since you fly high in the air many of these hitscans can spot you and burst you down quickly.

Hitscans like androxus and lian are your BIGGEST COUNTERS learn how to hit your rockets against them or give them a surprise spit salvo.

Speaking about hitting shots with Drogoz the only real tips I have for you are to lead your shots, and put yourself above enemies which can make it easier for you to land rockets. Your projectile aim most likely wont carry over to drogoz since most of the time you are in the air. It mainly comes with time and muscle memory

People get discouraged while playing Drogoz just cause they cant hit many rockets. In reality, hitting your rockets aren't any less important as map knowledge and game sense.

Drogoz is never going to be a champion you pick up and play well. Most good drogoz players i've seen are level 60+ (if they didnt buy levels)

This guide (like most) have not gone over everything there is to know about drogoz. Thanks for making it all the way through my guide. I would love feedback from any other experienced drogoz players.