How to carry as Androxus

Hey there. I'm gonna show you how to play Andro in an effective way, which will help you to carry games. This will be really long and detailed guide. Whether you are a newbie or experienced Andro player, you may learn something new. Why should you trust me? Well, I'm former competitive player, was Masters, my Andro is level 150+, he is my fav champion and I keep playing him everyday. If you wanna stay, get some tea and let's go.

First of all, Andro is not op or broken (as some special people think), he is a perfect example of balanced champion. However, if you're good enough on him, he has big potential to carry your games. That happens because he does not have direct counters unlike such champions as Evie, Vora, Maeve, etc. There are some champions who doing very well into Andro, such as Lian, Cassie, Buck, Lex, etc, but they do not directly counter him.

Andro can be played on every map, except Ice Mines and Frog Isle. He is just not good there, but he greets any other maps, especially Brightmarsh and Serpent Beach - these two are best Andro maps. If you lucky to get them, you should try to abuse highground, it is the reason why Andro is so good on those maps.

This talent is not as bad as Defiant Fist, but it's not as good as Cursed Revolver. It may be used sometimes, on some specific maps and in some specific comps. I still do not recommend it, there are three reasons why.

1. Default gun is just terrible. Yes, it has MORE damage than with talent Cursed Revolver, but it has awful range and inaccuracy. In other words, the spread of the bullets is huge and half of your shots will not land where you want. You also won't be able to poke enemies, since falloff on default gun is very strong.

2. Reversal is bugged and most likely will never be fixed. Sometimes you can get shot through it, sometimes it does not deal damage. As this talent fully relies on your reversal, it is irrational to rely on a buggy ability.

3. Reversal is hard to land. It has weird projectile. Even if you are extremely pro Andro player, sometimes it might not be easy to land your reversal, not even speaking about less experienced Andro players. Godslayer requires you to land your reversal consistently and if you cannot do that, this talent is completely useless. And I don't think that I even need to mention shields - a couple of tanks with shields will straight-up counter your talent.

I will not give you full loadout for this talent since I never play with it, but if you still wanna try it, then remember that Seething Hatred on level 4 or 5 is a must.

So far best Andro talent. It gives your weapon consistency and range, allowing you to poke enemies and land your shots consistently, without spreading. I recommend to always play this talent.

Of course, your positioning depends on a map and team comps, but here are some common advices.

1. In high elo you barely can get close to the enemies as a flank. Most of the time as Andro you just poke, even after the damage falloff nerf, he still has a decent poke. But be careful, some long-range champions can burst you down while you're poking them. Therefore, you should poke-hide-poke-hide. Do it under cover or around the corner so you always had a way to hide or retreat in case if you're low.

2. Go aggressive when you see an opportunity to dive. Do not dive into a bunch of enemies. Andro can win almost every duel if you can land your shots. Search an opportunity to 1v1 your opponent, also remember it is good to wait until an enemy wastes their most important cooldown. After that you MUST dive them.

4. Avoid long-range duels. Yes, Andro can poke, but NEVER duel on the long range with high-burst champions, champions that have less falloff than you or do not have falloff at all. They will kill you instantly, while your shots will be like a fly bite to them. Andro's ideal area is close and medium range.

5. Use combo. When you are close enough to your enemy, you can use combo to burst them twice faster. The secret is that you should press your punch exactly after you pressed shot. There should be no delay, it should happen almost at the same second. You can do shot-shot-punch or shot-punch-shot. I would recommend to use that combo ALWAYS when you duel in close range.

6. Do flickshots. Yes, it requires a LOT OF practice, but it's the most unique technique in the game. If you will learn flickshots, you will be able to win unwinnable situations. The secret of technique:

You turn around at the same time you press your dash and then shoot your enemy. For a serie of flickshots you should do that 2 or 3 times in a row. I would recommend to watch some guides on youtube about how to do flicks and also watch pros gameplay. None high-elo Andro can be considered good if he can't do flicks.

8. Against blast champions or champions with damage-falloff use following tactic: dash up in the air, hold jump button to float and shoot them from there. It will allow you to make more distance between you and them, means they won't be able to do as much damage since they have falloff, or in case with blast champions - it will be extremely hard for them to hit you while you floating in the air.

9. Do not use your reversal when you're 1 hp, if you do not have healer next to you. Better try to dash away or to finish the enemy. When you use your reversal, you are slowed down a lot so you cannot escape immediately. Especially it's a rule against snipers. NEVER use reversal against a sniper if you have half of the hp. They will kill you immediately after that. If they shot you, better dash to the cover.

10. Use your reversal for reflecting some ults, such as Lian ult, Terminus ult, Seris ult, etc. However, you cannot reflect ults which go through shields, -such as Skye ult, Koga ult, Khan ult, etc.

Good cards: Elusive, Marksman, Sleight of Hand, Through the Warp

Cards you should NEVER use: Equivalent Exchange, Featherweight, Spiteful, Vengeance

Finally, we came to the loadouts.

I will show you several loadouts for different situations. Thank you so much for reading this guide till the end, I hope it was useful. If you have any questions regarding Andro, you can contact me in Steam (swee_lian) or send friend request in the game. Loadouts time!

Note: In next patch Andro ammo card (Quick Draw) will be removed and replaced with self-sustain card (15 heal per shot per level). In that case, instead of Quick Draw, max out the new self-sustain card and then add a couple of other cards for ammo, such as Sleight of Hand or Marksman at level 1-2. Do not forget to buy life rip 3 - combined with the new self-heal card it will give you decent sustain. The thing which Andro was lacking all this time. However, you will need to aim better since you will have only 6 ammo initially instead of 8,9 and etc. But two other ammo cards should help you to replace Quick Draw, in the end you can always buy deft hands.

These builds are only for Cursed Revolver talent. 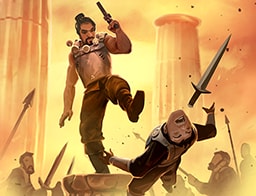 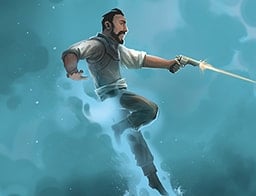 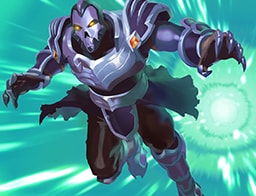 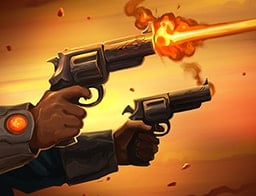 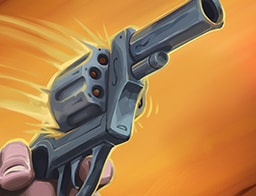 This build is good if the enemy does not have a lot of shields. Power of the Abyss does not proc on shields and you also need to hit your reversal in order to reduce cd of Nether Step. In that case, Andro will always have his dash up. Elusive is great, it gives you insane movement speed after the dash which allows you to chase enemies or run away from them. Dash distance is not that important (especially with laggy servers), but it is nice to have. And then two ammo cards - Quick Draw is a must, but considering that it will be removed next patch, you may want to practice playing without it - then just replace it with the other ammo card Marksman. Also I want to say that some people prefer Marksman over Sleight of Hand. I would say it depends on you. I do not like Marksman that much, because you can't always be close to your enemy, but if you want go with it. Sleight of Hand is better for those people who can do flicks well -in that case you don't need to reload. When you out of ammo, just flick your enemy since you will get ammo after dash. 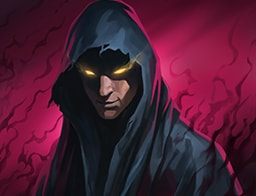 Reduce all active Cooldowns by 40% after getting an Elimination.

If the enemy has a lot of shields, then Power of the Abyss will be useless. In that case I advice you to use Watchful and the rest of the loadout is the same as the Loadout № 1.

Reduce all active Cooldowns by 40% after getting an Elimination. 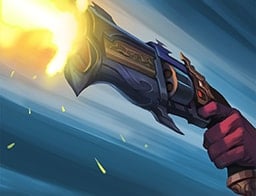 Generate 1 Ammo after hitting an enemy with Defiance.

This is loadout I use the most. It's called hybrid because of Power of the Abyss and Watchful mix. It works the following way: Watchful helps when there are shields. Power of the Abyss helps in duels. Mix of these two best Andro cards allow you to manage the situation and have reset all over again, from one card or another, or both. Yes, you lose dash distance card, but it's not that essential. Once again, you can replace Marksman with Sleight of Hand and vice versa, it depends on your playstyle.

Reduce all active Cooldowns by 50% after getting an Elimination.

Some people do not like movement speed on Andro. Although Elusive is a great card, which helps throughout match a lot, it is fine not to use it. Since it's quite disturbing for some people to be switched from usual speed to high speed and then back, it can bother to aim, cause headache and make some people uncomfortable to play. In that case you can replace Elusive with Through the Warp to get additional dash distance. Also you can put Watchful at 5 in this loadout since Elusive was always on 4, but there is no need to make Through the Warp more than level 3. As filler use Marksman or Sleight of Hand.

How to carry as Androxus