To make the most of this build you need a solid team, and preferably a point tank so you can go off in their back line. It's difficult to push up into their back line with no heals and/or your team not putting up a fight on the point, so be weary of this and ready to jump back onto the point to help out.

Buy Nimble and Caut before the start of the match. Start off in the front so the enemy team focus' their fire on you, building up your four charges and controlling the point. Once you got those four charges, dive into their back line and be the most aggressive monster the Realm has seen. When you die (if in some good cases) and in between rounds, build up Nimble first and then focus on Caut. I leave the last two open for what the match needs.

The whole point of this build is to keep your charges (hence the name scrooge) so you'll be fast and able to hunt down/be in their face/be hyper aggressive/put the pressure on their back line with your axe. I only use the calamity charges once a match, if at all, to finish off an enemy that's doing a good job of fleeing. In summary: Terminus is a tanky flank.

WARNING: The feeling of power and absolute domination will go to your head if you're not careful. When you're popping off, resist the urges to emote to avoid being seen as a toxic meany face. Or don't, it's your choice. ;) 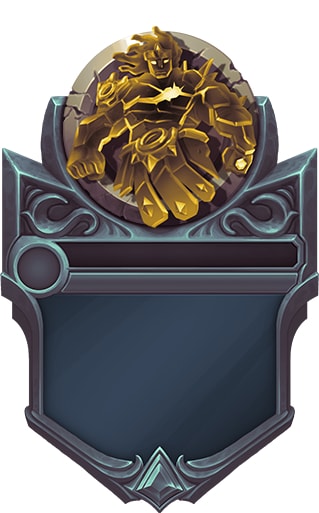 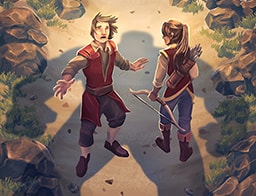 Increase your Movement Speed by 10% for each Calamity Charge you have. 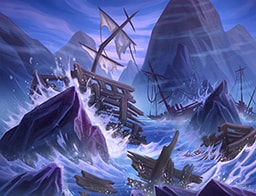 Reduce your damage taken by up to 20% based on the number of Calamity Blast charges you have stored. 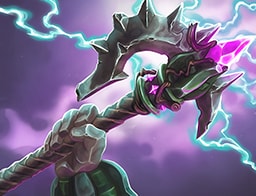 Heal for 100 for each enemy hit with Shatterfall. 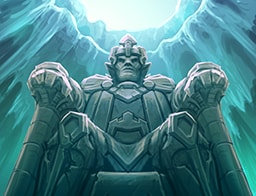 Reduce your damage taken by 8% for 3s after landing with Shatterfall.

Undying- You won't be using your calamity blasts so Decimation goes out the window. The slow from Shatterfall is enough to keep the affected from running away. This leaves Undying: the damage reduction at low health, stacked on top of Strength of Stone (5) (and Haven/Blast Shields if you have them) , helps to escape some sticky situations, keeping you and your streak alive ;).

It Follows (5)- Part of the whole reason I call this load out Scrooge, the more charges you hold, the faster you go.

Strength of Stone (5)- The other reason for the Scrooge name, more held charges means more damage resistance. If you combine this with Haven/Blast shields (which I haven't at the time of writing this because I'm slightly dense) you could be almost un-killable

It Watches (3)- Helps to generate your shield, which you'll need to approach enemies & defend yourself/your team.

Despoiler (1)- Filler. I like this one bc any heals are good heals.

Unfeeling (1)- Filler. I like this one bc more damage resistance doesn't hurt, on the contrary!

Nimble (3)- More speed to stack on top of the It Follows (5) so you can hunt people down like Captain Falcon (if CF was an undead hulking monster with a giant axe).

Cauterize (3)- Keeps your prey from getting as much heals as they normally would if they didn't have an axe chopping away at their being.

Illuminate: I never buy this, Sky/Strix/Sha Lin usually go invisible once they're cornered so I just lay into where they should be and they end up dead.

Resilience: For when the enemy team is CC'ng you into the ground.

Haven/Blast Shield: For when you feel like you're not able to take as much damage as you'd like.

Master Riding: If you have money and an ability open, and it's late in the game and you need to get back to push the point, this will help tremendously.

Chronos: I rarely use this as the only ability I'm using with a cooldown is Shatterfall, and that's my entry/escape ability.

Morale Boost: If you and your team are vibing, the likelyhood of you dying is low along with your chance to use your ult, negating the need to buy Morale Boost. If your're struggling to stay alive, money would be spent on other items (haven/resi/blast).

Kill to Heal: I've averaged about 8K & 7A a game & I feel KtH wouldn't be as much of a benefit to me as some other items.

Life Rip: You have to be up close to deal damage with this build, so the amount of time swinging the axe isn't very much.

Rejuvinate: I would rather just get more healing from my healer.

Veteran: I'm scared to invest in this as I don't really know how it works, hehe.

Wrecker: With this build you're going to focus their backline, so I would see this being an option when their frontline demands you be there. This is problem because the point is where you are least effective with this build.

Almost everyone. For the most part the approach I have written below will work well. Adjust as you see fit.

Put your shield up as they fire at you and you're approaching them, Shatterfall when you're in range, then unleash the power of the pyramid, I mean axe. Shield as needed. Don't be afraid to retreat. Avoid being out numbered (unless you have the element of surprise and/or a teammate is with you).

Support- Straight up murder them. They are slippery though.

Flanker- DO NOT let them flank you. You can easily take them out if you're aware of them. Your shield can absorb most of Sky's ult, it will take up to 66% of your health.

Front Line: Once you have your charges and are fast as lightning (compared to the Front Line you're up against) avoid their line of sight and chop them up.

Damage: Use the approach lined up at the top. They're not as mobile so make use of that and have some fun chasing them down before you slice them up.

Be on your toes
Notes

Adjust as you see fit.

Furia/Grover/Io- Their CC is hard to work around (unless you get Resilience) and they are slippery, giving them the option of fight or flight. If they are with one other teammate and they CC you it's back to the shadow realm for you.

Jenos- avoid using Shatterfall around him, use it after he void grips you to escape it.

Flanker- I put Talus bc he can be taken out, but can just as easily kill you, especially if his rune is super close to you.

Front Line: Khan's Commanders Grab (especially if he has the talent that makes it last longer than normal) will just serve you up for his teammates to help finish you off; like a crippled antelope ravaged by a pride of lions.

Damage: Don't let Lian (along with Sha Lin and the two snipers) stay away from you. I usually start off by focusing them if they are on the other team. If those are not dealt with, they will be a problem. Usually a trade with them is worth it if your team can make do well enough without you.

Seris- Stun Seris is no joke, she will kill you.

Androxus: His mobility and fist make him difficult to approach.

Koga- no words needed (although you can Shatterfall away from his ult if you have it).

Moji- Her ult man, I don't eat snacks anymore because of it.

Zhin- His ult will take you down.

Terminus- Your greatest strength (your 'shield' absorbing projectiles and storing them) doesn't apply to his (yours? y'all's???) axe.

Drogoz/Willow: your axe cant reach the sky and Drogoz's ult will kill you (unless you Shatterfall away). If your team can't take care of them it's game over.

Bomb King: if he stuns you, you're dead. His ult will kill you too (unless you Shatterfall away).

Cassie: She's very mobile being able to stay far away from you with that mobility, and her arrow that pushes you away makes it more difficult for her to be in your chopping range.