Waking the Dragon (For Inexperienced Players)

Majority of Koga guides, focus on increasing ammo and shadow step. I've found, with the HUGE drop in the energy drain rate (40%) In 3.01, It has made Koga much more viable as a damage dealer and burst-heavy flanker.

Yes, his SMGs deal more damage over a short duration. However their range/damage drop off is pretty steep, where as the claws have zero drop off and are effective at around 140units/ft. At that distance the SMGs do nearly half their damage.

Essentially what you're doing here, is building Koga to be more burst and "gank" focused, from a distance.

He still wont match the burst of the top tier Flanks....

But I assure you, you'd be hard-pressed to find a more, "irritating" opponent, than this super mobile, wall climber with a long, 4-shot kill range

Your trade-offs are better range andcontinuous Burst Dmg with Sustainability; In exchange for, losing some escape ability and his usual close-quarters efficiency.

1st - SMGs. If you're at range, poke with these for about a 1/3 of their health. This also ensures your energy bar is filled. All the while, they think they have the upperhand until...

2nd - Whip out Dragon Stance and unload. This will two-shot, most halved opponents. (Obvi not tanks).

3rd - If the opponent flee's, or is out-gunning you, use Skewer to either chase them down, or gain better positioning. (Be careful with this, as Skewer drains all your Energy, and replaces your escape ability in this stance)

Keep your outside positioning and poke with the SMG's. Your job here is the finish off the leftovers.

Once you recognize there is 3 or less remaining. You've been reserving Energy, so go into dragon stance and deal what damage you can. Make sure your team has the numbers advantage or the opponents are low on health before switching.

Skewer in, pop your Ultimate when you have it and enjoy the multi-kill. (DO NOT expect this tactic to work as an "escape-ult". There is is a slight delay, a little over 1.5secs bewteen the end of Skewer and when Cyclone Strike will trigger.) Plenty of time to finish you off, or hit you with CC.

If you miss... sorry to say but you're taking the L here.

It's still useful upon death, in objective-based modes, to take chunks of health out of a team, or take down that pesky Frontliner.

This load-out works best when your're keeping your distance and alternating between the SMG's and Claws quickly.

Rotate between the outsides of the map.

In Between 1v1's and Gank scenarios, do what damage you can, on the point, with your SMG's. When you notice an enemy low on health, switch to Dragon Stance, hit it with your burst for the quick kill, if there are no other "less-than-halved" targets nearby, switch back to SMG's and continue.

So, in short, SMGs for poke damage. Burst for the kill. Shadow Step out, to avoid being outnumbered. Hit Agility for the movement speed, to get back into position or to rotate flanks quicker.

How the Loadout helps...

This build requires you to be more aggressive, and Shadow Step is somewhat sacrificed as a Healing option. Take the health bump.

Still a must-have for escapes but you shouldn't be needing it as often as normal.

This makes all the difference in engagements. The 20% boost, makes your switch to Dragon Stance, quicker than a reload and helps keep the pressure on, while increasing damage dealt.

It also lessens the burden of being in Dragon Stance and needing to escape. As it shortens the time to enter AND exit it.

You will find yourself often times, flanking from a distance, picking off stragglers with Dragon Stance.

At full rate-of-fire you can get 30 attacks from a full bar of energy.

Can you say MELT?!

However, at full-auto, you will empty your magazine in 2.1secs dealing 2,800dmg before reload(1.25secs)

And that's with PERFECT aim... The average player is usually around 30%....

Your SMGs are your poke/sidearm and your claws are your main damage dealer.

Also.. when you empty your SMG, this duration bump helps keep the pressure on and maintain aggression after a 1v1 kill. Giving you more time with uninterrupted fire.

You will lose the initial trade, more-so than not. When you switch to Dragon Stance, to finish them off, the lifesteal helps a lot with your sustainability. It also pairs with Life Rip fantastically, which we'll cover next...

I always start with Nimble and Life Rip.

Movement speed is always helpful on the flanks and the name of the game here,is milking Dragon Stance for all the lifesteal you can.

Life Rip works better than Kill To Heal here, as your base damage for Dragon Stance is 650.

With the 15% from Criminal Record plus the initial 10% from the item;

You're earning 325 Health from two strikes. Instead of the full Kill or Elimination required to earn 300 Health.

Cauterize is ever-popular for a reason. This finishes off, your core 3.

The fourth item should be situational.

Kill To Heal is great for TDM or when a team is relatively squishy. When doubled with Life Rip it can be plain nasty.

Haven helps with sustainability and match-ups against burst-heavy flankers.

Morale Boost isn't all that useful, unless a team is bunched constantly. But more ULT's! woo-hoo!

By no means is this build ideal for high-tier ranked or competitive play. Your ability to hold an objective is lowsy and if you mismanage your energy, it's easy to get yourself completely worked over and over again.

Skilled players will be well-aware of your available tactics and unless you trade your lifesteal for Resilience they will CC you easily and ruin your day.

I hope you find this build enjoyable and FUN to play. That is my main reason for using it, as changes it up from the traditional meta applied to Koga.

If you will be playing more conservatively, feel free to swap the points in Harsh Training and Tenacious. I've found the extra health helps you win more 50/50 battles, or you can swap for the heal-on-proc and escape in those situations instead, avoiding vulnerability to a trailing opponent. 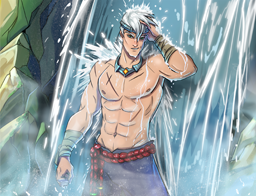 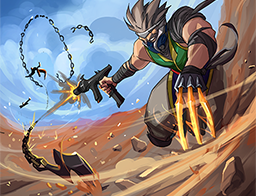 Heal for 120 after activating Shadow Step. 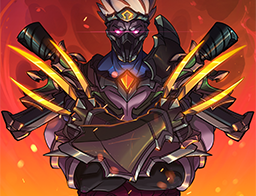 Reduce the time it takes to enter and exit Dragon Stance by 20%. 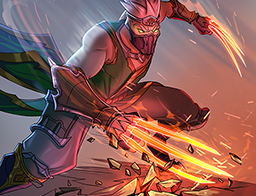 Reduce the rate of Energy consumption while in Dragon Stance by 24%. 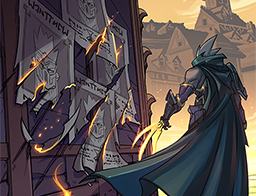 Gain 15% Lifesteal while in Dragon Stance.

Getting a kill or elimination heals you for 300 Health.

Reduce the time it takes to enter and exit Dragon Stance by 30%.

Gain 15% Lifesteal while in Dragon Stance. 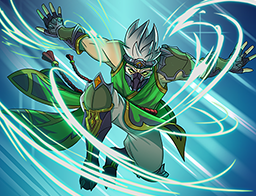 Heal for 80 every 1s while Agility is active. 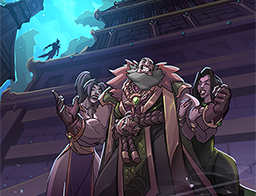 While in Dragon Stance, regenerate 6 Ammo every 1s.

Now... This build is for the adventurous, dumb and brave types, like myself.

Complete focus on Claw damage and keeping them up as long as possible.

Dragon Fangs. Is your must-have Talent for this one.

Empty your clip, and use your claws until you are forced into escaping. By the time you do, your magazine will be full and you can get right back in the fight.

Since you now have no energy requirement for Claws. You can repeatedly dash-switch-dash, which is a nice touch.

Waking the Dragon (For Inexperienced Players)