(I have updated with a second build that I have noticed high level players using, I call that build "FLYING IMANI", and i have added a section about it alittle further down)

This is a short guide containing the best way to play Imani at the diamond level. I have been running Imani for some time now in both casual and ranked games. In 80% of my matches with Imani I am top damage or top kills on my team. Our beloved champion seems to get a lot of flak from a community that doesn't understand her or cant figure out how to make her work well as a damage champion. I am here to help you in your Imani play and hopefully change some minds about The Last Warder. She has a kit that is both unique and immensely powerful in the right hands, and although she may feel clunky at first, when you get the hang of her, she is one of the best damages in the game. With the incoming changes to Imani in the next patch, I feel confident that many people will start to realize her potential..

Ok with that over with, lets get down to business.

The build I've been running is really quite simple and very effective. It focuses on survivability rather than cooldown reduction. Her kit itself without cards at all is good enough to do massive damage and literally fry flanks. I found it much easier and effective to use a build that may seem strange, but definitely gets results.

This card gives a personal shield upon reaching 50% total HP. The card starts at a 100 hp shield, we max it, giving us a 500 hp shield and effectively giving imani 500 more hp, for a total of 2700 hp (Not bad for a damage, and giving flanks a headache)

This increases her total HP. We give that one 2 points. Giving her 100 more total HP, for a total HP with shield proc of 2800 hp. Thats nearly 3000, giving u plenty of time to fry that flank with your infernal cannon, land a few fireballs, or get the hell out of dodge.

This card is not just filler, we need it at atleast level 1 because it allows you to have full mana after you use Infernal Cannon, granting you a free fireball to take on to the end of the ability. This grants you huge burst, because anything that hasnt died from a full blast from Infernal Cannon, will surely be destroyed after you tack on another 1000 dmg with an instant fireball.

As i climbed higher in the ladder, i started to notice a build that seems pretty popular with high diamond and master level players that use Imani. I have dubbed this build FLYING IMANI, and it works really good. Having played against it a couple times, i can tell you it is quite infuriating.

In the flying Imani build, you put at least 4 points into increasing the duration of FROST GLIDE. You also grab the card that increases the speed of Frost Glide, and the speed of Infernal Cannon. After you grab those two cards you ofcourse grab the shield card and put as much as u can into it, as well as one other card of your choice. Prioritize the first 3 cards mentioned though, as these are what makes the build.

Upon using this build, Imani's frost glide lasts an insanely long time. She can literally fly around the map at high speed for like 4 or 5 seconds. Its insane. And once frost glide ends, or once you find an enemy you want to kill, you activate infernal cannon, which also allows you to fly while channeling it. Pretty much the players using this build use imani as a flank, and pretty much fly super high above you, activate infernal cannon, and literally fry you from above while you still have no idea wtf is going on. ITs nuts, and extremely aggravating. Although with this build, Imani is much more squishy, so play at your own risk.

As for Imani's Talents, I find them all to be pretty lackluster when compared to the strength of other champions Talent cards. We choose Pyromania, as you will be in the Fire Element a majority of your play. IMO, Fireballs greatly out preform Ice Shards, as long as you can land them. Pyromania will give you a large aoe burst of 1000 dmg to all enemies around where your 3rd fireball lands, as long as you hit your first two on any target. Compared the Ice Element talent, which allows your landed Ice Shards to bounce to one adjacent target and do half of their normal damage, I find pyromania to be more useful.

I've practiced in ranked using both Elements with many different builds. Fire Element as your main go-to damage is my recommendation.

Fire Imani is like Sha-Lin on steroids. Her primary attack is pretty much exactly like sha-lin. So if your good with Sha or Hanzo, you will be excellent with Imani. Theres a wind up, much like Sha Lin or Hanzo, n then you release your mouse button to fire the shot, Theres no drop off, no gravity applied, It always hits for at least 1000 damage to a normal non damage reduced target. Thats huge, tied with sha lin as the highest burst per projectile in game (except the two snipers). However, it seems Imanis fireballs might travel faster, have a bigger projectile (easier to hit targets) and no gravity applied (they always go in a straight line).

Yet, neither hanzo, nor sha lin, have abilities such as Imani. She has a large aoe dmg root, a moveable dash, and a extremely high damage conal channeled aoe.

In your play, as the match starts, or when you spawn, you will want to be in the Ice Element, as you ride on your horse to the action. When you get there, you find the largest group of enemies you can find, and use your Frost Bomb. Once you detonate Frost Bomb, or it hits a target and goes off, rooting enemies, you will immediately switch to Fire Element, where you will start dishing out 1000 dmg fireballs to your targets. Mind you, most flanks and damages die in two strikes of fully wound up fireballs. And when your mana is high, you get a free one that comes out instantly. Giving effectively a 2000 dmg burst if you can hit the original fireball and your mana generated free fireball.

Fireball does not require constant line of sight, so if theres a lot of danger nearby and alot of damage is flying around, be a corner peeker. Wind up your fireball from cover and then peek to release.

Fire at tanks or any squishies that are behind them. I have outsniped snipers with fireball. I have flanked damages and healers from the other side of the arena with fireballs. Learn to hit your shots. It is funny because most players are not used to fire Imani, and they do not realize how quickly thier life is dropping until it is too late. This takes many players off gaurd and they might even not use thier shield or heal in time to stop from being eliminated because they do not realize how much damage your primary attack does.

WHEN TO USE INFERNAL CANNON:::

This skill is the bread and butter of the build and you want to use it as much as you can, but in the start of rounds, you dont want to blow it on the tanks. You want to save it for that pesky flank that is coming for you. A flanks job is to kill the damage (you) and your healer. So hes coming, and when he gets to you, be sure to instantly burst Infernal Cannon right into his face. It'll melt him and there really are no flanks in the game that can take the full brunt of infernal cannon without dying. He will either die or have to retreat unless he brought lots of help. Once that is over with, feel free to use infernal cannon on large groups of enemies (as it travels through enemies and hits anything in that line of AOE) Ive gotten a quadra from using it on a seris ult. Infernal cannon melts tanks as well. And with your cards, hitting infernal cannon also gives you a free fireball that will shoot out on your next attack, for 1000 more damage.

Ofcourse use your Ice Glide to get out of dodge when things get too hairy or your cooldowns are stuck.

I usually go back to Ice Element when my Infernal Cannon has been used and im waiting for its cooldown. Use the frost bomb on a group of enemies and switch right back to Fire Element as soon as you can.

possibly the strongest damage ultimate in the entire game. This ult can single handedly change the entire momentum of a complete loss fight. Or secure the cap on a point or a payload push by itself. I have not perfected when to ult yet, but it is best to be protected by your team, as it leaves imani completely vulnerable as her dragon reigns fire. If im solo queing, I will use it near my healer, or hidden on a obscure area of the map when i activate it. I make sure theres no enemies near me when i enter the dragon form, and i look around while flying to make sure no enemies are converging on Imani, if there are, i attack them first. Then i look for high priority targets and go for them next. Squishys love it. Get as much out of your ultimate as quickly as you can, because as you face better and better players, they are going to be better at hiding and avoiding your ultimate, and better at finding you where ever your body is and killing you to destroy your dragon. So keep your eyes open and keep looking back at where you started your ult, and make sure no ones killing you.

Items to buy :::: Cauterize FIRST, then morale boost, followed by whatever you wish.

Thank you for your interest in learning my favorite champion of Paladins. Ive been playing since beta. :D :D 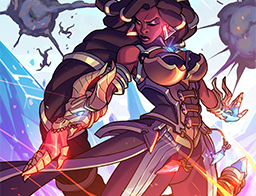 Gain a 500-health Shield for 3s after dropping to or below 50% Health. 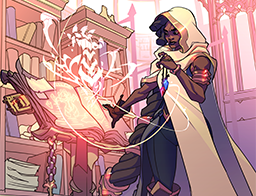 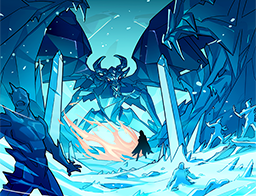 Increase the Projectile Speed of Frost Bomb by 18%. 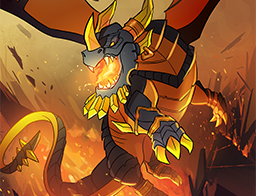 Increase your Movement Speed while casting Inferno Cannon by 80%. 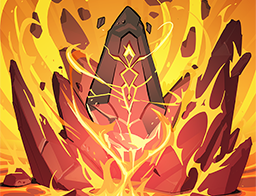 Increase the Mana generation of Inferno Cannon by 15%.

Successfully landing two Pyre Balls will cause the next Pyre Ball thrown after the second hit to explode in a 30-unit-radius area.

The good part about Imani is she really has no hard counters. Ofcourse flanks counter you as a damage champion in general but there really are no solid picks that one can take up to hard counter imani. Jenos ultimates however, are really good at sniping you when you use your ultimate, pretty much making your ultimate useless, and this is a big deal, because imani's ultimate is a huge part of her kit value, so taking that away is huge. A good Jenos will hear the voice line, and see where the dragon is coming from, and use his ultimate in that general direction, taking a guess as to where you are standing. On certain maps this can be very effective and devastating to imani play.