a guide to lillith loadouts

this is a guide for lillith loadouts. this is not a guide directing to her gameplay. in this guide i will try to provide you with the best optimized guide for lillith, for each of her talents, starting for now with cursed accord, her most picked talent.

Decrease the Blood cost of your abilities by 35% and increase your Healing done by 15%, but reduce the damage you do by 25%. 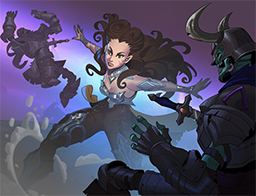 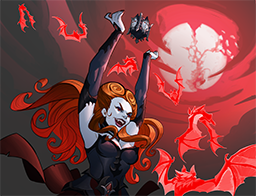 Reduce your damage taken by 10% for 1.5s after activating Death Wings. 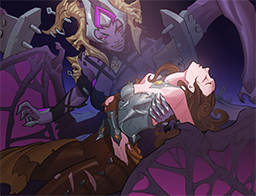 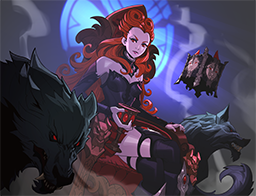 Increase the Healing allies receive from Swarm by 12%, but increase its cost by {scale=4|4}%. 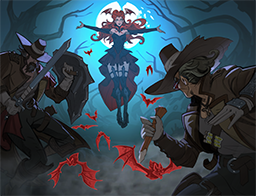 Reduce the Blood cost of Swarm by 20% while an ally is marked by Blood Hex.

in this build, like in all build we run Blood Cannon V, it is a must have in all lillith builds. your blue health (not blood) is too low anyway to be any useful so maxing this card is necessary so u can cast the most swarms and death wings and it also makes u more tanky so more survivable.

Sheer Ascent I is a mobility/survivability card that will allow u to reach high ground more easily, which is essential to playing lillith. we all know that placing swarm can be very tricky, and that a lot of the times ur swarm will go somewhere else than u intended to. however when ur on highground, or even just slightly above the floor, placing swarm becomes much much much more easier. being on highground is also generally a better and safer position then being low ground. lillith's movement ability is kinda bad on its own, it doesn't go far and not really high. having this extra vertical movement will allow u to reach highground more easily if ur in danger and want to reposition.

Waning Moon IV reduces the blood cost of Swarm by 20% when u have Blood Hex on an ALLY. u can basically understand this card as permanently reduce the cost of swarm by 20% bc u should almost ALWAYS have blood hex on an ally. having it on ennemy is not worth it, as it gives u less blood back, reveals u to them, and doesn't deal that much damage. combined with cursed accord's 35% reduction blood cost for all abilities, and the 12% increase, this should give u 43% reduction. however, diminishishing returns kicks in, and u have "only" 40% reduction. this is still good, as u can cast swarm for 494 blood instead of the 825 blood.

u can buy a variety of items on lillith depending on ur playstyle, but here are the one i recommend:

-haven. haven is a really good item to buy on lillith. since lillith uses her abilities with her own health, taking less damage means more health kept and therefore u can use ur abilities more.

-morale boost. blood moon is a really great ultimate for lillith, even if it kinda meh for the rest of the team. u are very hard to kill in blood moon, so having it ready as much as possible is always nice.

-4th item. depending on the match, u can buy resilience if the ennemy has lots of CC, or master riding if ur dying a lot, or even chronos. we're starting to see more and more lillith use chronos, even if her cooldown are 3 seconds max.

a guide to lillith loadouts