A Smoke and Dagger Build (From a Skye One-Trick)

I have never liked debilitate. To expand, it is really good and very effective at its job, but it isn't for me. Something just felt off about it for me. So, I created a Smoke and Dagger build instead. This playstyle still focuses around being a pain in the ass and killing the backline super quickly, but it also gives the opportunity to provide a tiny bit of support for your team that can push you through a fight. Also, if you never noticed, Skye builds her ultimate really quickly. It isn't hard to get 4-5 ults per game. The combo of poison, in-hand, and healing skyerockets (lol) your ultimate generation ability, even without morale boost.

Always try to be the annoying flanker first. The enemy team will almost never buy illuminate first. If they do, then just keep in mind who bought it and give them a slightly wider berth than you normally would (learning how far out illuminate reveals is a must for Skye mains and one tricks). You are still a flank, only if you are really being countered should you switch over to mainly supporting your tanks or healers in their fights. Skye can work wonders as a counter against flankers, sitting silently beside her supports and then revealing herself only once the flank has dived in.

One of my favorite tricks is only possible if the enemy team doesn't have illuminate or big blast damage, but you can stay invisible for very long periods of time by using smoke bomb, sitting there until it runs out, then using hidden, then smoke bomb again, and then a smoke bomb reset with your poison bolts can extend it even longer. This is really effective for contesting objectives for up to 15-20 seconds. Always remember that smoke bomb is a stealth ability, and while it is only in a small area, it is constant. Smoke bomb should be used as your main source of invisibility.

(Also, this is the build I always use. You can look at my profile to see how I'm doing with it. 30 levels on Skye and going strong.)

Edit: I have begun using debilitate now, but I still use the same build and logic to my flanking. Definitely prefer smoke and dagger, but debilitate works with the build too! (also some grammar updates, I must have been tired when writing this)

At its heart, this build focuses on resetting the smoke bomb cooldown (as one must naturally do to keep healing and stealth uptime). That is why poisoner, confound, and quick smoker are included at the levels they are. Decrepify is just a solid card and can give you a bit more damage which can even take down full health tanks if enough headshots are hit. Finally, healing vapors is included because the Smoke and Dagger legendary doesn't heal Skye herself (I don't like that part). Healing vapors gives Skye the self sustain she needs to stick in the back line and take 1v1s even once the enemy has illuminate. (P.S. I believe Emergency Exit is Skye's worst card by a really long shot. Stealth doesn't make you intangible, and good players will be able to sniff you out regardless of whether they can see you or not. Also, it is completely countered by illuminate. I think you should instead give yourself a chance to fight, hence Healing Vapors).

Always build a red item (usually cauterize) first. This is necessary for general utility in the game. Building nimble afterwards gives that bit of mobility that Skye requires to actually get to the back line effectively. Build resilience if you are getting completely bodied by cc, but focus on building the other two first.

A Smoke and Dagger Build 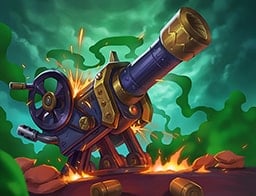 Reduce the Cooldown of Poison Bolts by 3.2s. 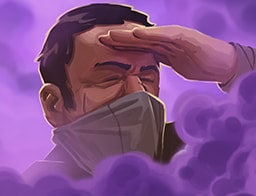 Reduce the Cooldown of Smoke Screen by 2s for each enemy hit by Poison Bolts. 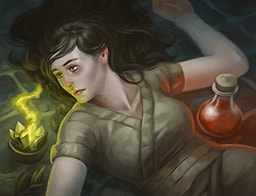 You do not consume Ammo for 0.5s after hitting an enemy with Poison Bolts. 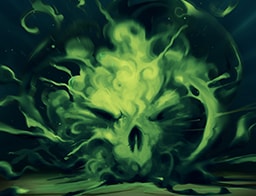 Reduce the Cooldown of Smoke Screen by 1.2s. 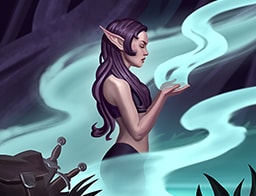 Heal for 500 over 2s after entering Smoke Screen. 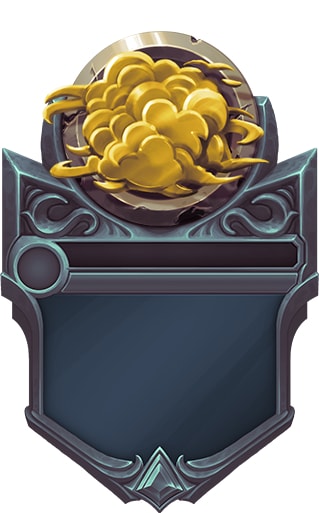 Benefits from Smoke Screen cards in your loadout now also benefit allies who enter Smoke Screen. Additionally, allies are Healed for 190 every 1s while in your Smoke Screen and its duration is increased by 1s.

If I could choose Illuminate I would, but that is a normal Skye weakness, and working around it is the most difficult job for any Skye. Other than that, the other weakness is a lack of extra mobility from the loadout, but again, it is simply something that must be worked around with proper map knowledge and cooldown usage.

A Smoke and Dagger Build (From a Skye One-Trick)