Hello there players, zZombi3 here again with another quick guide on a champion I enjoy playing when I am not playing a DPS role. If you like this guide be sure to check out my guide for Drogoz and Imani. I am currently on my way to masters this split and sitting in the middle of Diamond 2.

Now I know everyone loves to play DPS roles right? Me Flank! ME Damage! You see it all the time in ranked. But we all know, if we want to win, most of the time there can only be two pure dps slots. Leaving the other 3 players to figure out who will be the main tank, who will offtank, and who will heal. A majority of the time, if I am not top pick, and the players above me want to go damage or flank because thats what they do, I will fill for them. Its good etiquette, and it is usually for the best, not because I am not good at damage, but because if they are DPS mains, and they are picking above me, that means not only that they are probably very good and are first picks for a reason, but also that the enemy team will also be very good, and possibly better than me. Now usually in this situation I would play main tank, as I am not experienced enough to play most offtanks, Raum however, is in another world all to himself, and is an easy and highly effective offtank to play and can be a very very strong pick.

First off lets go into when to pick Raum as your offtank. This is pretty easy, Raum should be your go-to pick if the enemy team is lacking in CC. Either they do not have much of it, or they do not have any CC at all. This is when Raum reigns. He is very hard to handle without CC when he is using the Juggernaut Talent, and this should be the only talent you ever use with Raum. Raum should also be your go-to pick for offtank if the enemy is using a composition that involves Strix or Kinessa. In this case, in my opinion, even if the enemy does have a little bit of CC on thier team, you still want to go with Raum because he can dive the enemy sniper so well. And even if he dies back there, as long as he has taken care of the enemy sniper, and caused a huge distraction in the enemy teams backline, then he has done his job and your team should be able to secure the win in the team fight. Raum also matches well against teams that rely on Lian to be thier main damage, as well as against viktor, and a few others, mainly damages that are low in burst damage. Raum can be overwhelming, and while hes diving the backline he should be accompanied by your teams flank, if you have one, if not do not fret. Raum can handle the job on his own in more than a few cases.

Now builds with Raum can vary, I used to run one which focused solely on making him more tanky. It was an ignition build, where I chose the cards that gave massive damage reduction for a few seconds after using Ignition and Soul Harvest. But upon reaching higher levels in ranked, and watching a few grand masters play Raum and what builds they used. I switched up the build and pretty much copied off of them. Honestly guys, Raum is super easy to play and be effective with, as long as your running a good build.

My build right now is one I copied off of MUTU. Who is an esports player and used this build against me once match.

The main point of this build is to lower the cooldown of Juggernaut so you can spam it to stay alive, do good damage on collisions with squishies, and be extra annoying.

Subjugation makes Juggernaut able to cover more distance, which means he runs faster and also can hit more targets or get away from damage

Apocalypse heals you when you collide with enemys (which you always want to do, especially when they are low on HP or if they are a squishy character in general)

Void Lord and Sinister allies both make you a bit more tanky. They arent 100% needed in the build, but in my opinion, they are worth it over the others.

How to use Raum effectively.

Okay so you've chosen Raum as your offtank, the enemy is lacking in CC or only has a little of it, and its time to get to business. In most cases, we want to buy cauterize first before chronos, mainly because cauterize is needed in ranked, and we can spread it quite effectively with your spray and pray minigun. Chronos helps us lower the cooldown on Juggernaut, which is what Raum is known for.

Before the match starts, you should know what enemy you are going to harass. Weather its a sniper, a pesky damage, or a inept healer, we need to focus something, and we need to harass the hell out of them. Most of the time we are going to ride our horse as far as we can go into thier backline before being dismounted. (You dont really want to use juggernaut to engage with the enemy unless you have to, most of the time we want to use that as a sustain ability to keep up the pressure or as an escape, so dont blow it right away.) We are going to single out that sniper and dish out damage, causing a distraction that forces the whole team to respond, or causes the enemy to either die or run. The more time and resources the enemy team has to spend on you, the better chance your team has to win the team fight. You want to avoid most characters that have good CC, like a Khan, or a Jenos, etc. And you want to stay in thier backlines faces, mixing things up. As soon as you start to take alot of damage and your health starts getting to the mid point or lower, you want to use juggernaut, and run around knocking into squishies on thier backline, each time you hit them you do good damage and heal yourself, knock into one or two and then start running away. Juggernaut lasts a considerable amount of time and you need to get your timing right so you know about what time to start steering Raum in a safer direction if your still low in health. If you knocked into enough enemies, and you healed youself enough by doing that that you feel confident to keep up the pressure, then by all means do so. You should never let your minigun take the time to spin up to full speed, you should be using Ignition for that. Use ignition immediately when you start firing to maximize your damage. Aim for headshots! You want to do as much damage as you can, and if you find yourself being stunned or rooted, etc, alot, then you need to buy resilence ASAP. Resilence can make all the difference when facing khan or other characters. Remember you have a self heal ability as well, Soul Harvest, that you want to pop when you know your taking alot of damage, not only does it heal you, but it gives you armor as well, and lowers the cooldown of Juggernaut so you can spam it again.

Raums Ultimate is a beautiful thing, and should be used frequently. If you remember Rienhardt from Overwatch, thats pretty much what this is, except that it destroys shields and other destructible objects like Inaras Wall. Dont be shy in using it, especially if you see a good opportunity if your lined up against alot of enemies. Raums ult literally wipes teams. Now if your facing a Barik, then you might want to be more conservative. Raums ultimate completely nullifies Bariks ultimate. So if you know the enemy Barik has one and that he is going to pop it soon, wait for your opportunity and once he pops his ult, you pop yours.

I am at a press for time on this one guys so i am sorry that I have to cut it a bit short, I will most likely add more to this a little down the line.

Thanks for the read

Reduce your damage taken by 75% while using Juggernaut. 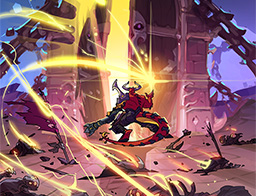 Reduce the Cooldown of Juggernaut by 5s after activating Soul Harvest. 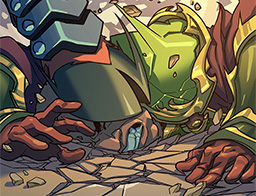 Increase the distance traveled by Juggernaut by 32%. 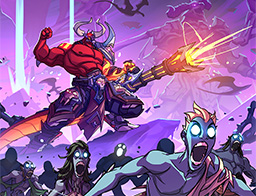 Heal for 450 for each champion hit by Juggernaut. 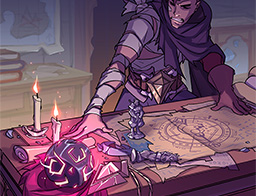 Gain a 500-Health Shield for 3s after dropping to or below 30% Health. 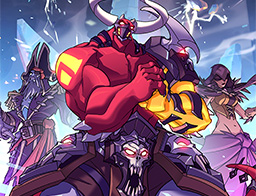 Strong against anything I didn't highlight as being Weak Against.