The Cockroach Of Flanks: Zhin

In progress, will finish

Survivalist Build
Build Section
I can't believe it's not nerfed! 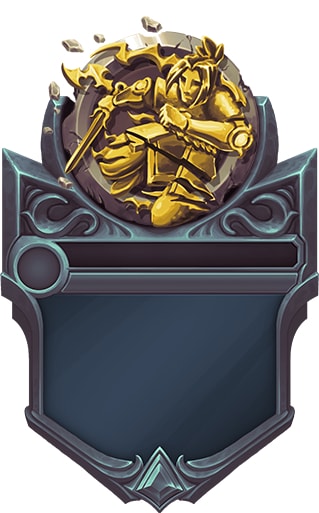 Heal for 15% of your maximum Health per second while using Billow. 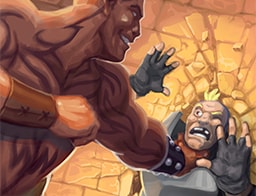 Reduce the Cooldown of Counter by 75% after successfully hitting an enemy with Counter. 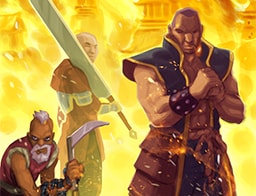 Reduce the Cooldown of Billow by 56% after getting an Elimination. 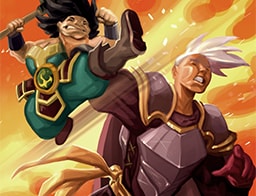 Increase your Movement Speed by 30% for 3s after activating Counter. 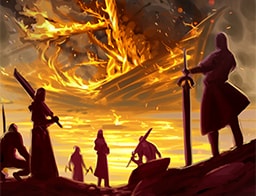 Increase your Movement Speed by 33% while Billow is active. 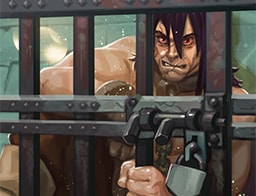 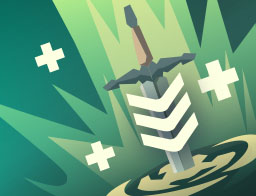 Increase your base maximum Health by 5.5%.

General explanations with some MatchUp advice. Zhin is beyond excellent when it comes to dueling, which makes him one of the best anti-flank champions in the game. Recovery that isn't able to be stopped by any flank in the game that ALSO makes you invincible naturally makes you tough to beat. Most flank matchups go with Zhin trading damage, countering when they try to burst you, and either Billow and Whirl towards them as they try to escape, or the opposite if you "lost" the duel (Although you haven't truly lost, since you can come back after you recovered your health). Special mention to Moji, Skye, and Vora, since their respective effects of Magic Mark, Poison, and Darkness can be cleansed by using Billow.

Probably one of the best matchups for Zhin, the projectile-baesd damages (Who aren't blasters, see the bad matchups section). Tiberius, Imani, Dredge, Makoa, Mal'Damba, Grover, and Azaan all fall into this category. They all share the traits of average to below average fire rates, and projectiles which provide more time to react. Because of the flight time of these projectiles, a good Zhin will have plenty of time to react and hit them with a counter. Special mention to Azaan, Dredge, and Makoa, since if you counter their shot (assuming nobody else has shot you), the cauterize effect would have finished before they get a chance to fire another shot, allowing you to heal passively and also receive full healing from your support.

Super special mention for Imani, since her Inferno Cannon is really a noob killer when it comes to Zhin. Bad Zhins while try to counter it, only to take 900 damage anyway since they blocked such a small portion. The best way to duel an Imani is to fight as usual, and when she tries to melt you with Inferno Cannon, use Billow to dodge all the incoming damage. You have to time it perfectly, otherwise you will either take unnecessary damage if done too late, or take damage afterwards if done too early.

Everyone else not mentioned does not have the damage output or sustain to go head to head against Zhin, and will generally lose. (Most supports,

Terminus and Barik are also one of the few frontlines you will be able to beat, since you can Whirl right through their Power Siphon and Barricade respectively. Atlas is also here since if you're in the sweetspot where he can't spam uncharged shots and you deal full damage, you can easily Counter the charged shot with practice.

Such as Betty, BK, Willo, Drogoz, and Evie are all bad matchups for Zhin since they can aim to his sides and behind him, completely ignoring the Counter ability. Special mention to Drogoz fire spit which makes it even easier, and Willo Dead Zone preventing you from healing as you go away

Playing around these guys is definitely doable, but you have to put a lot more effort in to make sure you get your counter off against them. Moving yourself into their line of fire to be more direct can help.

(Kinessa, Octavia, Strix) are for obvious reasons a bad MU given that Zhin is a mid-range Champion, but if you manage to sneak up on them a kill should be free due to their low fire rates.

champions such as Tyra, Viktor, and Vivian are bad MU's because of their quick fire rates rendering your counter much less impactful. Special mention to Viktor and Vivian: Viktors Cardio card makes him hard to kill, and his grenade can be angled to go behind or over you and ignore Counter. Vivian has her shield which is difficult to break for Zhin, and her sensor drone when using the Booty Trap card is another source of uncounterable damage, although if they run that card they're probably bad anyway.

Koga and Talus have the same problems as the assault rifle champions since they fire very quickly.

will most of the time curb stomp you as Zhin. Every tank listed here either has shielding or good CC capabilities, making it hard for you to approach without taking too much damage. Special mention Ash, Inara, Khan, Raum, and Torvald for having all these qualities.

In terms of supports you really only lose to Lilith because her healthpool is so massive.

Any Champion not listed in the weak or strong against sections are generally just based on mechanical skill.

If you ever see these champions walk up to your team and try using their ultimate, justast 4 minutes of ult building. For every champion listed before Zhin, I have tested it firsthand and you can definitely deny all of their ultimate damage if you intercept it. Special mention to Drogoz, Lian, Evie, BK, and Betty, otherwise bad matchups becoming free due to the input lag they have that comes after their ultimates.

For the Champions listed after Zhin (Lex, Moji, Vatu, Saati, Inara), you should be able to block their ultimate in theory since they are all just projectiles, but I haven't tested it yet. Once I have, I will update this guide.

The Cockroach Of Flanks: Zhin