Welcome to my cheese Void Grip build. I think that this is one of the strongest, and underrated, builds in the game.

Every couple seconds you get to choose someone you think shouldn't be able to move for the next two and a half, and most champions don't like that much at all. It's really strong for disengage, stronger for engage, and ridiculous when you pair up with a champion that can make good use of a sitting target.

(In case you're wondering, I'm a Mei main in Overwatch. Is it cancerous? Absolutely. Will I be stopping? Not anytime soon.)

There's a main goal of this build, and it's to void grip people when they're either in terrible positioning or about to die. If someone dies within 4 seconds of being void gripped by you, you get it back immediately. Usually gameplay as a Jenos consists of playing point and void gripping any squishy targets trying to poke your team or pick off a member, getting an easy kill, and then getting your void grip and 900 health back.

You can also run into the enemy team with one or two flanks and give them some super easy kills, the same applies to snipers from afar--if they're paying attention. For some reason pocketing Vora always works ridiculously well. She makes good use of the extra healing, but honestly I couldn't tell you why it always works.

I'm also a big fan of pocketing Skyes. Flanks usually want to try to attack me when they see me alone, so switching it up and locking them down directly next to our resident invisible shotgun is a lovely turn of events. Do this enough and they'll just avoid you in general.

There's a couple people this build works really well against. We're really looking at hyper-mobile targets. Champions like Maeve and Vatu have a huge disadvantage when locked down and crippled, and you'll see their gameplay completely revolving around avoiding you come late-game (or poorly trying to poke you down). Talus especially loses his entire thing when he's crippled, so he'll be an easy matchup.

I'm also a huge fan of lifting up Fernando and making shield useless. You don't have to bother with Wrecker when he can't shield any damage, and he can usually be melted pretty quick by someone else on your team.

As always, make sure you're prioritizing killing the supports. If you see a Seris on point and someone's attacking her, you should be void gripping her to make sure she can't get away.

The relativity card is also amazing. Late-game it gives you a little over 240 healing per second as long as you're holding down right-click. This makes you a lot more tanky than you'd expect, and the fact that it lasts over time means you can engage in most mini fire-fights without any worry of losing it. On top of that, constantly topping up your health means you very rarely need to take a break from fighting.

The Power Cosmeum is a huge part of this build. The extra 480 damage does a lot for helping finish off squishy targets, but the cripple is the real strength of this card. With this Talent, enemies can't escape your Void Grip anymore. It's just about impossible

Kill to Heal is what I always max out first. You're going to see really high kill participation as Jenos, and when you're going against a couple squishy targets this card is worth its weight in gold. You can stop on 2 ranks of it, but I usually max it out before anything. Between it and Relativity you're really hard to kill, and it's going to be extremely rare for you to be on low-health for someone to finish you off.

Chronos comes second. It makes you better at pretty much everything you do, and especially helps your Void Grip against champions you can't reset it on. With max Chronos you're looking at a 4.2 second cooldown on an ability that lasts 2.5 seconds. It honestly gets a bit ridiculous, and the 43% increase to both self-healing and healing on other champions is huge.

Cauterize is iffy. If no one's bought it a little bit into the game, you need to take one for the team and grab it. It's game-changing to have it on your team and--while your damage and flanks should have grabbed it in the first place--you can still substantially help out your team by using your high damage spread to keep caut on a lot of enemy champions.

Illuminate I mention again later. If you're going against Skye, buy it. If you're not, don't. It's not worth it for Strix, and Saati gets little use out of her invisibility.

Nimble you buy late-game, when you've got money to spare. Getting everywhere a little bit faster is always nice, and can do a lot for your already ridiculously high movement speed.

Resilience is the second late-game choice. At this point you're just buying convenient things to sink your money into. Resilience makes you a bit more tanky late-game, which is especially helpful when you're going against a team of champions running Caut 3.

While this build can sometimes have harder matchups, I've played plenty of games where this Jenos setup and one good flank have ended the game pretty much on their own. Getting the gameplay loop for Void Grip reset down, and learning who's going to die if you Void Grip them, comes with time. Once you start to get a good grip (heh) on this build, and especially if you play with some friends, you'll start to see your winrate skyrocket. 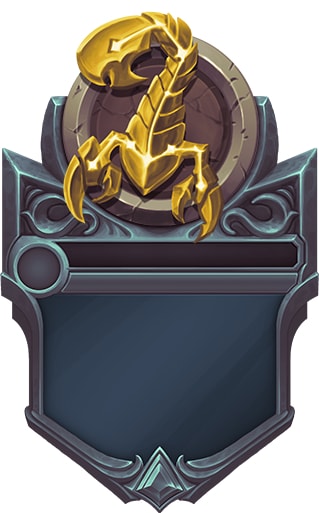 Enemies affected by Void Grip are Crippled and take an additional 480 damage over its duration. 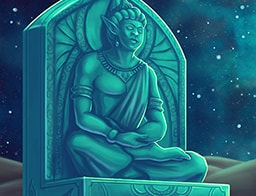 Reduce the Cooldown of Void Grip by 6s. 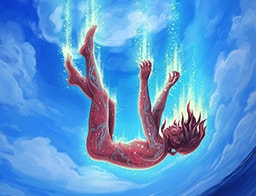 Reduce your active Cooldowns by 80% if a victim of your Void Grip dies within 4s of being hit by the ability. 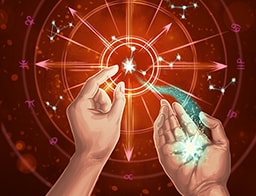 Heal for 120 every 1s for 10s after applying Astral Mark. 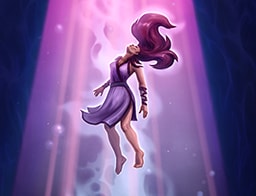 Increase the range at which you can use Void Grip by 20%. 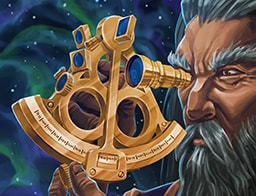 Increase your air control while using Stellar Wind by 14%. 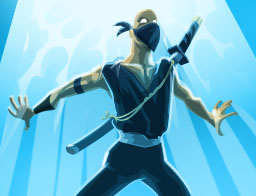 Though this build will share similarities with others, there's going to be some core differences with the strengths of this build.

Mobile Characters - Jenos just has to wait for a high mobility, low health, character to engage on any teammate with somewhat good damage output. Until they buy resilience--which a lot of people put off, or flat out refuse to do--they're going to be stuck standing still for 2.5 seconds. Like I went over earlier, getting a kill on someone within a 4 seconds of void gripping resets the skill so a well-coordinated team can easily finish off a team's entire cast of mobile squishies within 10 or 20 seconds.

Immobile Characters - Think people like Bomb King or Dredge, who tend to stay behind lines and have limited mobility once cornered. Jenos's Stellar Wind is strangely one of the best movement abilities for getting quickly around the map. Running around the map actively, especially to tag along with a flank, you'll often get to the backline much faster than they expect you to.

Note: Stopping Braum midrun, Buck midjump, or Drogoz midair is an amazing choice, for Braum especially. You'll be running this build with The Power Cosmeum talent, so Void Gripping someone just as they try to use their movement ability to escape will first do 840 damage, make them a sitting duck against people they very much don't want to be around, cripple them while they're up there, and put their movement on a--sometimes very long--cooldown. Even with high resilience, wasting a champion's movement ability can be a huge gameplay changer. Personally, I'm a fan of stopping charging Braum's in the middle of our team when they're woefully unprepared to fight us all. They don't get out, and we get to use them as a bullet sponge till they're gone.

Short Range Characters - Similar reason as the former. You move fast, a lot faster than pretty much everyone. Short range characters, like Terminus, Makoa, and Buck (if you're aware of where he is) can't really do anything to you when Stellar Wind is active. You're 2 second (1.4 later game) cooldown is pretty much always off, and that 65% movement speed boost is no joke. Just run circles around them, or find a teammate to Void Grip them nearby.

Fernando/Terminus - Fernando specifically can be messed up by being void gripped, making his shield useless. See him having a hard time on point? Vault him 10 feet into the air for a hot second and watch him slowly realize no amount of turning his shield is going to stop him from dying.

Skye - Pay the Illuminate tax, trust me. If you don't, she'll more or less mess you up. If you get two ranks of it off the bat, and a third as soon as you've got a little Kill to Heal running, she won't be getting anything done near you. Not just because you can shoot her whenever she's nearby, but void gripping her will make her exact position known to everyone nearby. She might be invisible, but she can't really do anything at that point to stop your team from melting her.

Who does Jenos suck againt? Not too many people, but they're pretty distinct.

Snipers - They're far, not void grippable. Do I solo ult them sometimes? Maybe. Is it worth it? Absolutely yes. Viktor is the most annoying of this group, as he can usually get away from you.

Tanks - High health targets are also a lot of trouble. This build's loop doesn't lend itself well to tanky characters, and if they're not mobile in the first place there's usually not too much you can do to change that.

Lex, specifically - I'm not a fan of this lad. Between built in aimbot, little damage dropoff, and high burst damage, he's kind of built to mess up Jenos. That being said, if you're around one or two teammates you very much switch around this matchup. You just have to adjust your gameplay.