By popular demand, I was asked to make another "Guide to Seris". My IGN is MadameSeris, and I'm a Mastery Level 900+ Seris one-trick that's been playing Seris almost exclusively since 2018. Chances are, if you ever see me, I'm in a stack in Casuals Lobbies with other names like Thyng2, JordanWixz, GarbaggioBug, etc.

A lot's changed with Seris since my last guide. Let's review:

Fire magical projectiles every 0.3s that pierce and apply a Soul Orb Stack (up to 4) to the enemy. Orbs pass through enemies and will affect those in front/behind dealing 210 per Orb (up to 273 with Soul Collector). Soul Orb stacks will only last 4s.

Seris' primary healing ability. Auto-target an ally, restoring 1500HP over 1.5s. Nearby allies within 50 units will be healed for 60% (900) of the healing done to your main target.
You will need Line-of-Sight to be able to use this, but not to channel it. Meaning, you can move freely throughout the 1.5s channel duration. However, You will not be able to use any other abilities. This ability can be cancelled prematurely. 1.5s cooldown.

Fade into another plane of existence for 4s. While in Shadow Travel, you become invisible, and immune to all harmful effects. This ability can be cancelled prematurely. 12s cooldown.

Detonate all active Soul Orb Stacks on enemies dealing 80 damage per stack and heal you for 8% of your max health. At base, 8% of 2200 is 176/per. With Soul Collector, it can fluctuate anywhere between 176 to 228 depending on how many stacks you have. 6s cooldown.

Cast your soul core onto the battlefield, causing a tear in reality to manifest, and drag in nearby enemies. Also deals 10 Damage, when drawing in an enemy.

1) Seris is NOT the type of champion you can just hold W + L Click into a group of people and accomplish anything with. Like any support character, She thrives on being out-of-sight-out-of-mind. That said, you don’t always have to play safe way in the back. Playing closer to the point and participating in getting eliminations is possible, as well. Fortune will favor those who can be hyper-aware of their surroundings. You’ll need to make sure you’re in a safe, hidden spot where have LOS on most everyone the majority of the time.

2) Contrary to popular belief, Seris is capable of adequate DPS. Her Damage output isn’t considered that great compared to the other supports because it’s not intended to be used as a direct attack. It's meant for harass/poke damage. In fact, ALL of her abilities are classified as “Area of Effect” which means she majors in Crowd Control. Her orbs have no fall-off DMG at range, meaning it will do the same amount of damage whether the target be 1 meter in front of you, or 10 meters away, and they pass through people to hit more than one target simultaneously.

3) While Damage Loadouts can be created; at the end of the day, Seris is a support role champion.

She’s not an ideal replacement to stand in the stead of a designated Damage Role. Having a loadout that enables you more kill participation is a great idea, especially after the caut changes. But, doing the one thing for your teammates that they can’t do for themselves — which is heal them — will prove to be the most successful overall.

ABILITIES AND HOW TO USE THEM:

Seris’ primary fire, as mentioned earlier, isn’t intended to be used a direct attack. Instead, it’s meant to be used as a Crowd Control method. I encourage you to use this whenever you’re not healing, hiding, or hauling ass. You can use them to keep enemies from zoning too close, you can use them to spread auxiliary damage onto, or in the path of the objective, and you can use them to attack and pseudo-blind/obstruct the view of snipers and force them to look for a different vantage point (Unless they’re gunning for you; in which case, run like hell).

Right Click: Restore Soul
This is Seris’ healing ability. You’ll be using this the most out of any other ability she has. It will most often lock onto the nearest ally. Missing a heal can mean life and death in some cases. Make absolutely sure you know where it’s going. A good healer will always prioritize those who have the highest chances of survival. Sometimes it's saving the tank as they back off the point. Sometimes it's the DPS about to INT with an ultimate. Sometimes, it's the Flank who got caught in a 1v2. These aren't things I can really teach you in a guide. Those are things you have to decide for yourself. That's YOU healing, I'm just here to provide some insight.

F: Shadow Travel
This ability grants you use of the greatest escape maneuver in Paladins. You can use this to leave combat or completely avoid a dangerous situation without getting caught in the crossfire. Whether you’re using it to get away from a flank, or using it to get to a vantage point without being seen, It’ll prove very useful. You’ll get the most out of it by having it up as often as possible.

Q: Rend Soul || Area Damage
After the major update in January of 2020, this ability lost its healing potential and instead gained a new and exciting way for it to be used, which is an execution. If a target is low enough, you can use this to finish them off from a distance.

E: Convergence || Area Damage
This is a great tide-turner for numerous different situations. Ideally, it’s best used by heading for their back line (or a group of them) and tossing it into the center of them when they least expect it. It’s also great for gaining advantage during a 1v1. Use that at your own risk though; this can be easily diffused if the enemy you’re trying to ULT has a CC-immunity ability.

“Each Soul Charge you detonate with Rend Soul increases your maximum Health and weapon damage by 2% until you die. Stacks up to 15 times.”

Mortal Reach || Unlocked at level 2
“Increases the range of Restore Soul by 300% and reduce the time between healing ticks by 20%.”

This is the talent you’ll be using more than the other two. It increases the range of your healing ability exponentially, making Seris an ideal candidate for a pocket support.

Agony || Unlocked at level 8
“Rend Soul stuns enemies for 1.5s when they're afflicted with 4 soul charges.”

After the major update in 2020 where the Rend Soul cooldown was reduced, this talent has become a lot more viable in the right situation. Having enemy tanks with no deployable shields to stun like Raum and Yagorath make for a fun and easy way to keep control of the point. This also opens up a few new doors for self-defense when you get dived. But be careful: Once the enemy team starts getting resilience, this talent becomes effectively useless.

I prefer this Movement Speed loadout for avoiding flanks in High ELO. Movement Speed and Cooldown Reduction is a must-have for me, as I find it keeps me from being an easy target. 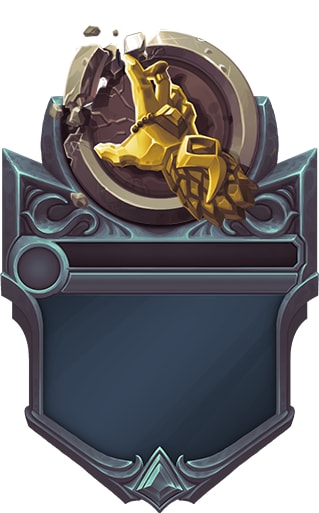 Increase the range of Restore Soul by 300% and reduce the time between Healing ticks by 20%. 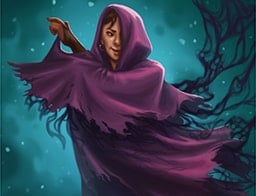 Reduce the Cooldown of Shadow Travel by 4s after activating Restore Soul. This can only occur once every 5s. 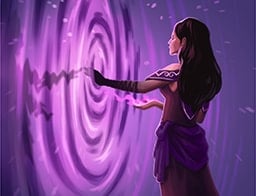 Reduce the cast time of Shadow Travel by 50%. 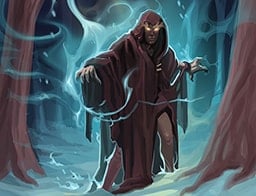 Your Movement Speed is increased by 24% while any enemy is marked with a Soul Orb stack. 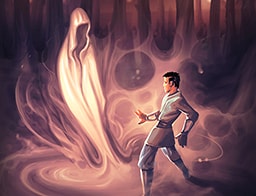 Reduce the Cooldown of Shadow Travel by 0.8s. 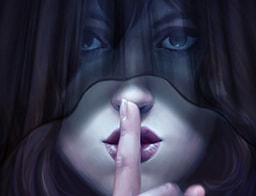 Increase your Movement Speed by 8% while Shadow Travel is active.

— Flank Champions in general are going to be a problem for you. Namely the ones that are agile and have DMG deflecting abilities.