Taking advantage of how strong Burn, Monster is against Tanks or anyone on point is the key to this talent.
This Legendary isn't meant to be thrown off wildly to the side of the map.
The OBJECTIVE is a small point and it is usually in a closed in room/area. Making Burn, Monster hit most targets, if not all.
It will absolutely delete tanks, and I've noticed it's best to focus those tanks b/c many Ying players and other supports will immediately run from that massive damage leaving their Tanks to thrive for themselves.

On this talent it makes using your Grenade Launcher a "pick" type of ability. Meaning to get the last hit if no one on your team can.
It is also excellent for 1v1s.

Hunter's Mark is used the same as always.

Burn Monster is strong against every champion that is willing to stand in it, but there's some champions who just aren't going to deal with it. Drogoz, Willo, Androxus, and more.

Since you're forced to hip fire with Tyra she is not the best pick as the aforementioned champions have a lot of mobility and height making Tyra struggle to hit her shots because of RNG.

Tyra is exceedingly strong against champions like Khan, Torvald, Ruckus, and Atlas.
As they have shields but Burn Monster rips through it.
Going Wrecker against them is massively recommended.

Tyra struggles a little more with Inara as she doesn't really have a shield making wrecker pointless against her, and if she can close the gap on you as you have no movement speed, it's lights out.
Makoa is another problem for Tyra, because Makoa is fairly mobile, has Dredge Hook, and has great damage. Along with the fact that Burn, Monster will bounce off of his bubble shield.

In 1v1s with Flanks remember to use burn master in tight gaps and your Grenade launcher will be your best friend.

I'm sorry if this guide isn't too indepth but I just hope it helps at least 1 person.

Have an awesome day!

Receive 10% more Healing from other players.

Increase the effectiveness of Shields you create by 8%. This does not affect most cards and passives. 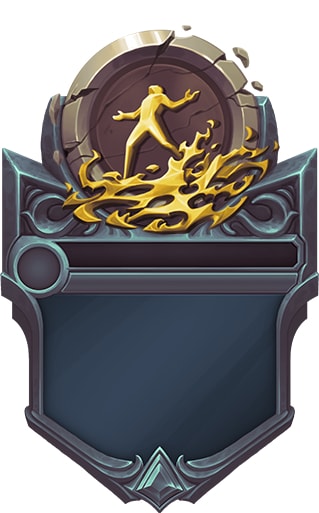