I'm posting this since someone is spreading wrong opinionated information regarding point tanks based on (how boring to play) they are...

Here's the thing, you're playing Ranked right? in ranked, words like (boring to play), (not fun), (I like this talent), simply don't work, you're playing a competitive 5v5 game and not a (me me me me) game.

The in-depth video version of this guide is on my YT here:

Still, this shorter version is still very in-depth on its own and completely serves the entire purpose of the video.

Terminus : Pick him on Ice Mines, on Brightmarsh, and Jaguar Falls, and he's good on Bazaar, he does have value on other maps but its a bit less, he's very bad on Fish Market and Frog Isle.

In higher elo, it's rare that someone shoots your siphon, just keep that in mind, this is why narrow maps (listed above) are his best maps, you're forcing the enemy not to shoot, once your siphon is out, you better get out of there or you're dead, you don't have any good sustain other than the siphon.

The go to talent is Decimation, and you can play crush only if your team forgot to bring a counter to Raum and he gets last picked by the enemy team, otherwise it's better to just poke for the 1750 on Decimation for 5 shots (It's 1250 without it), Undying is bad, go try it out in the shooting range, play Term with it and without it while taking damage from the Cassie bot, even if you buff your HP to the maximum it can reach and add the DR card on charges (which is a bad card btw) you won't get any real value out of that talent.

Inara: doesn't have any requirements to pick her, she works on any map in any composition (but way less effective if your solo support is Jenos).

She has incredible up-time on the point due to Mother's Grace, the CC immunity on that talent alongside making your earthen guard a 50% damage reduction is really awesome.

The loadout shown in the video is not necessarily the best, keep multiple loadouts on your champions at all times, you can import the ones I have from my account (MacZeroFun).

Her wall has a few issues to it, you can block off an ally's ultimate by mistake while saving yourself, you can block of a friend and get them killed instead of saved so you have to be careful with it, you can also save an enemy by mistake instead of closing off their escape. your allies cannot shoot enemies through the wall, your support cannot heal you if your wall is in the way (funny enough there's an exception to that which is Seris, and of course things that heal through walls like Grover since it's range based, Jenos, Corvus, even Grohk's totem or Khan's shout, they heal through walls).

Her ultimate prevents enemy teams from stacking all in 1 lane at the start of the round, the stun will get them wiped or at least 2 of them.

Barik: has less sustain than Inara but still is very good, his kit is good, he does more damage than Inara or Terminus, his shield can be used to save an overextending ally by dashing to them and placing it down.

I have a fully detailed in-depth guide on Barik right here: https://paladins.guru/guide/AXm1q0Y8C

If you're on one of Terminus's maps (listed above), you always want to get him first.

If you're on other maps, you get Inara, unless you're playing scrims, in those, you evaluate wither or not the wall can stop an enemy from touching reliably to win the last point, or that you want to shoot through the shield, for example, on Jaguar falls, Barik's shield doesn't block off your allies and you yourself can shoot through it.

If your enemy has picked Inara while terminus is banned, or if you're playing on Fish Market or Frog Isle, you're better off picking Barik as a point tank.

If you're in higher elo, people not shooting your siphon means that you simply don't play Terminus outside of his maps.

Terminus is perma banned on Ice Mines and Brightmarsh in higher elo, on Jaguar falls he might be banned or not.

Loadouts for those 3
Build Section
Notes

Don't just go in with 1 loadout, keep some flexibility in your thinking.

The CC immunity on Mother's Grace makes you way better at staying alive. 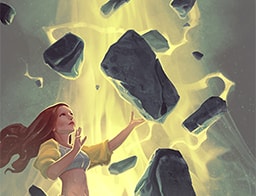 Reduce the Cooldown of Earthen Guard by 2.5s. 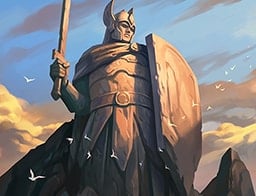 Increase your maximum Health by 750. 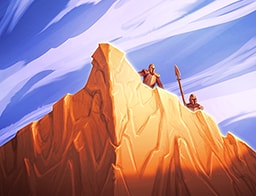 Heal for 75 every 1s while Earthen Guard is active. 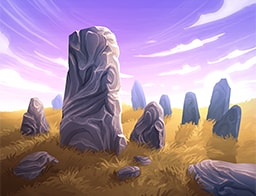 Reduce the Cooldown of Warder's Field by 1s. 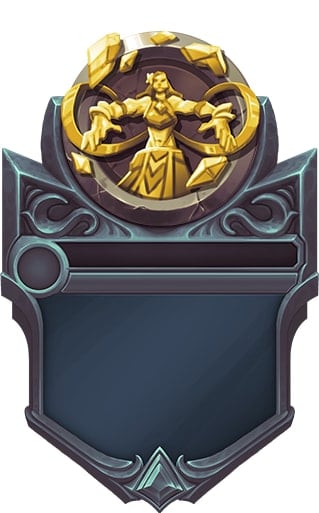 Reduce your damage taken by 10% and gain Immunity to Crowd Control while Earthen Guard is active.

Reduce the Cooldown of Earthen Guard by 2.5s. 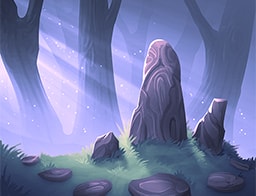 Reduce your damage taken by 20% while standing in Warder's Field.

Heal for 75 every 1s while Earthen Guard is active.

Increase your maximum Health by 300.

Reduce your damage taken by 10% and gain Immunity to Crowd Control while Earthen Guard is active.

We can rebuild him 1

Can't dash due to cripple/silence
Notes